Since world war-I ended, military, arms and power has become more important to the world. Now all countries have their own armies, weapons and they are spending a good amount if their budget on military. November 11 is said to be the date when WW-I officially ended. This day has great importance in history. It is remembered as Armistice Day, in the honor of almost all militaries from the globe.

As the trends are growing and industry is changing its way, the uniforms of military has also changed and becoming more significant. There are some nations who have significantly different and unique uniforms. Some of the uniforms are based on any historical event. Some has designed them according to cultural or weather oriented. This topic has always been important in military history. To get more information there are some of the dopiest uniforms from all discussed in the following article. 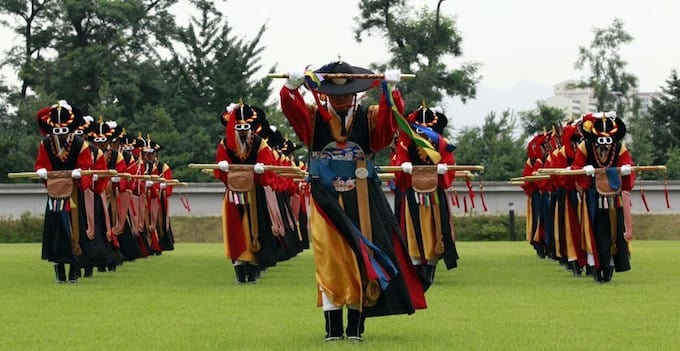 Jeson period in Korean history was very important. It was noted as the last dynasty of South Korea. This dynasty started in 1392 and ended in 1897. It was accented with a Jeonade sash, around the middle, tall Hwa boots, and Jeonrip wide-brimmed hat.  This hat was beautifully decorated with beads, ribbon and peacock feathers. These peacock feathers befit as rank of soldiers. Peacock feather was especially used for military or higher rank officers. 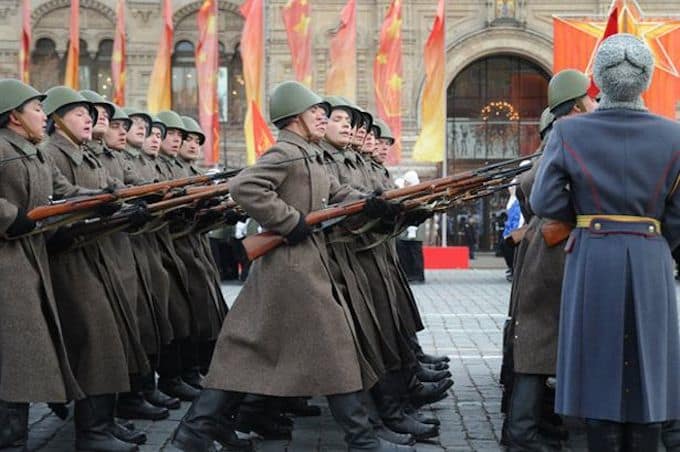 If the discussion is about military, arms and weapons and Russia is not on the list? This is something impossible. Si, Russia comes on 2nd number when we talk about dope uniforms. Russian military uniform went through many changes by time before getting into the final shape. Prior to WWII it was just a broad collar shirt with buttons at front opening. Later on it was changed. The hat they used to wear is very famous, made of sheepskin that sat at the temples and barely touch the ears. This uniform is replaced with a big coat in winters. Other all things remain same. 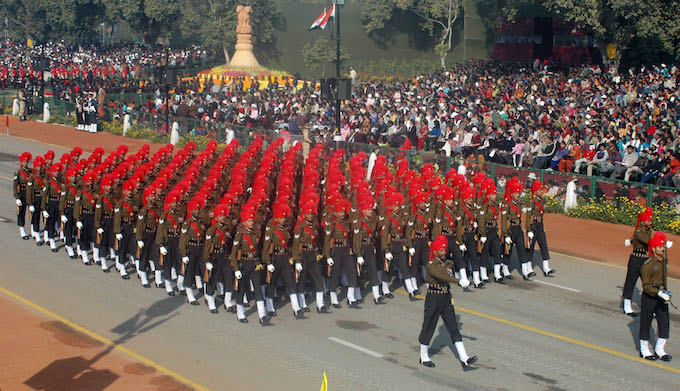 Indian uniform history is so old. It starts from 1848 and is the same till today. The uniform of Indian army seems to resemble or influenced by the uniform of British army. Indian region was the one who first time introduced the concept of Khaki  uniforms. It had high trousers, protective gaiters around feet and ankles, and a short sleeve shirt. Their uniform has been going through many changes and variation. Although the changes were small but eventually ended up in a completely new uniform. Sikhs are refused to wear head caps, they have replaced it with turban or traditional Dastaar.

Era of France’s best uniform was short but noticeable. One person writing about history cannot ignore their part. The time of Napoleonic wars start from 1803 and remained till 1815. French had the most outstanding uniforms at that time, but their unfortunate, this time didn’t longer than 13 years. It began with a white waist coat and tailed dark blue coat with blue sleeves, a red collar and cuffs, and white piping. Great coats went over top of the whole uniform, which came in brown, black and dark blue. The bicorn hat is said to be more associative with French uniform.

The Swiss military is famous by the name of Vatican guards. The regular duty uniform was solid natural blue with a flat white collar and a brown belt. The head is covered by a black beret, or silver morion helmet in formal occasions. Sergeants wear a black top with crimson leggings, while other officers used to wear whole crimson uniform. The guards also used to carry some old traditional weapons with uniform.

Red coats are the symbol of Queen’s military. These red coats were first implemented in 1658 and scarlet used till WWI. The unifying objects included the bright red coat, the dark navy pants and black boots. Their uniform had five regiments; each one was differentiated by the spacing of buttons, plumage and badge insignias. The reason why red color was selected is that this color is easily distinguished in the battle field and at that time it was cheap to dye too.

Greece has always been known for its uniqueness. This uniform was formed in 1833 and is the same till now, with some small changes. The military unit of Greek is commonly known by the name of Evzones. The traditional uniform was derived from the uniform of klephts when expelling the Ottomans. It is centered on Fustanella, the trendy skirt. The black boots with a furry toe are the most famous ones in this uniform.

History can be seen through the uniform of Japan. It carries all the transformations which have been done. In the time of Bkamatsu the Japanese uniform completely transformed into foreign uniform. In this period of flux this uniform was a combination of British and French military uniform. These uniforms kept going through changes and now seem like hybrid of many others. 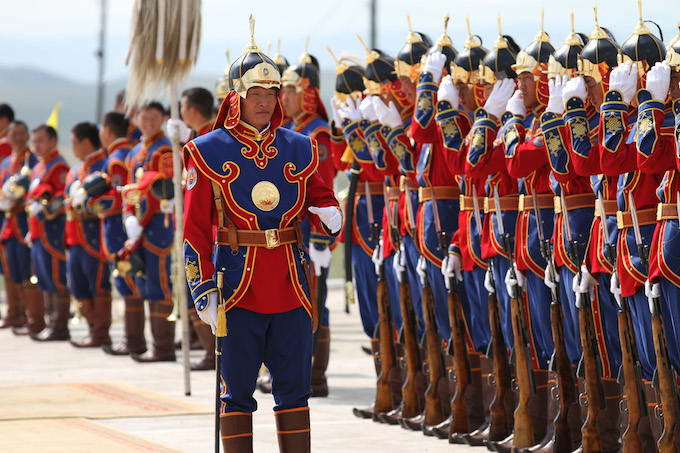 Mongolian military has a great name in the history and are known for their stylish uniforms with different cuts. Their uniforms are used on special occasions, visits or as honor for soldiers. Their helmet has always been the most attractive part of uniform; it is a combination of “Three kingdoms”. Over the top there is a vest like garment spiraling and circular design, and on the breast there is a medallion. It has mixed influence of Asia and West.

In last 30 decades Germany has been increasing its power and spreading as a camouflage among all armies. Its uniform has solid olive green color. Naturally the pattern is made of small groups of green dots spread all over. This green doted pattern is used widely in Germany since 90’s till now.

Military and arms have become the symbols to show power among all countries of world. This article is carefully written about the dopest uniforms of military. Some of the nations have history based uniforms and some have influenced from others. It all depends on the current situations of rule.