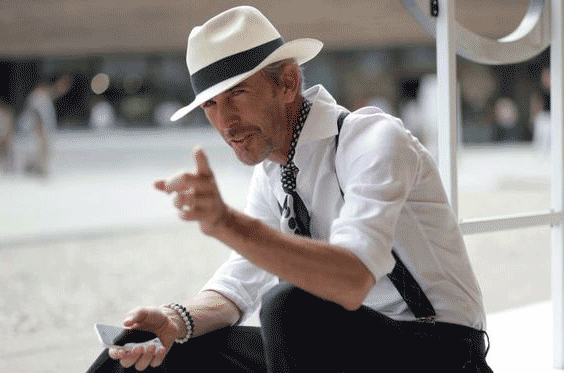 Headwear is an important component of not only women’s, but also men’s fashionable image, so many designers include all kinds of caps and hats for men in their collections. Some of them perform the original function of headwear, which is the protection of head and ears, while others only complement the total look. In any case, it’s almost impossible not to buy a headwear from the collections of Spring/Summer 2018, but you also shouldn’t  go shopping without knowing the fashion trends of the season, so let’s get to understand which men’s hats of Spring/Summer are trendy in 2018.

Men’s spring headwear rarely perform only a decorative function, and if the citizens of warm countries can afford to go without a hat during spring, the local fashionistas can’t afford that luxury because of the peculiarities of the cold climate. Thus, a hat becomes a mandatory accessory for men, which is impossible to avoid, and it is better to prepare two kinds of hats in advance, the first of which you have to wear during early spring and the other one at the end of the season.

It is better to mention that men’s headwear of Spring 2018 doesn’t have such variety like it had during the last year, for example, but this does not mean that men have no choice. For example, there are such types of the models presented in the spring and summer collections for men: 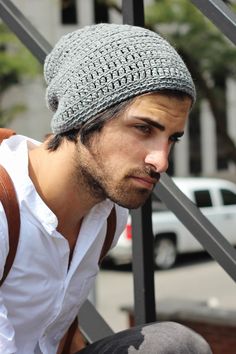 Knitted hats are perfect for early spring because they protect from both frost and wind, so they never lose their relevance. And yet, they are not always present in the collections of fashion Houses in such amount as in the season Spring/Summer 2018. In order to satisfy the requirements of all customers, there are models of chunky knit and also there are fine-knit hats, among which you can even find a model with a visor.

This model of hats also rarely go out of fashion, and they definitely overshadowed all sorts of pots and wide-brimmed hats in this season. Moreover, as Fedora hat is a trend, designers offer to wear it with clothes of any style! So if earlier Fedora hats were associated with the business trendy look, now they became a part of street fashion!

Summer headwear is not a mandatory accessory, but if you have to spend a long time, in the sun, then you will decide to buy the headwear. Most importantly, do not make the wrong choice, because in the new season trends differ markedly from the trends of previous years, and that means that not all the hats you already have, you can use as a fashion accessory!

Oddly enough, but designers decided not to include other models in their new collections because they think that these models are enough. So if earlier straw hats, bandanas, and even berets were trendy, then caps and Panama hats can complement any fashionable look during this summer!

Overall, trendy summer headwear for men in 2018 is:

Caps and baseball caps have such options that you can even find models which are perfectly matched with business suits. The size of men’s caps and baseball caps varies from standard to oversize, and the second option can be called trendy, while the first one will be perfect mostly for the fans of classics.

This headwear is a classic summer hat, but if earlier it was used to complement beach dresses, then now it became a part of urban fashion.

Although only two kinds of summer hats are really trendy in the new season, the designers have made a variety, using different fabrics and prints. So baseball caps, caps and Panama hats are made of trendy denim material, and bright summer prints decorate most models in the collections! Quite often you can meet a model, for the creation of which different fabrics were used, and floral motifs found a place in the men’s collections!